For events and projects taking place across Northampton! We endeavour to publicise local events and are always pleased to be contacted with details. We cannot accept any responsibilities for external information provided nor any web-links. If you wish to add your own event to the calendar, click the "Add Item" button underneath the calendar and fill out the details. 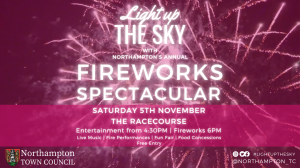 Remember, remember the 5th of November!

Gates open from 2pm, with the live entertainment starting at 4:30pm, before the Fireworks from 6pm.

Join us for plenty of fun for the whole family including Live music, Fire Performances, Fun Fair rides and Food stalls.

Northampton Town Council will be commemorating Armistice Day with a civic service in the Memorial Garden of All Saints Church from 10:45am 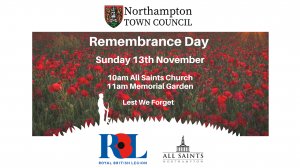 The parade will step off at 0930 from the Market Square and process along the Drapery to The Divine Service at All Saints' Church, joined by the civic procession.

The Service will begin at 1000. There will be a live stream available via the All Saints' Church Facebook and YouTube channels, for those who cannot be in attendance on the day. It is advisable for the public to arrive early to make sure they have a seat.

At 1045, the public are invited to gather safely near the Memorial Garden where The Last Post will be performed and the two-minute silence is observed. Wreaths from local Dignitaries, members of the Royal British Legion, and local community groups will then be laid on the Cenotaph.

Following the Memorial Garden service, the parade will march past The Guildhall where the county's representative of the King, Lord Lieutenant Mr James Saunders Watson Esq and will receive the salute.

The Memorial Garden will remain open for the public to lay wreaths and pay their respects. 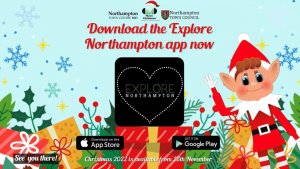 Mischievous elves take over the town this Christmas!

Step into a world of augmented reality with Northampton Town Council's 'Mischievous Elf Trail' launching on 26th November via the Explore Northampton app.

Children and adults alike can follow the trail on their smartphone around 10 town centre locations to find all the cheeky elves and see what they have been up to. Including special festive activities to do at home - create your very own elf of mischief.

The Explore Northampton app will feature an interactive 'Festive Event Map' of Northampton's Christmas events and activities over the holidays – your one stop shop to plan festive fun for all the family. Download the app now via the app store on your smart phone or tablet.

Get involved in the interactive festive fun from Saturday 26th November! 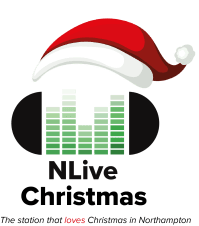 The station will also broadcast from 87.9FM from 12th - 26th December 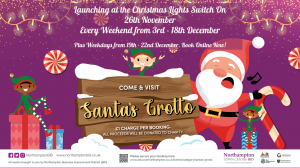 Santa Claus is coming to town! Families with children up to the age of 10 will be able to visit Santa's Grotto in Grosvenor Shopping Northampton from Saturday 26th November at the Christmas Lights Switch On.

Santa's Grotto will then be open from 10.30am to 4pm every Saturday and Sunday in December prior to Christmas, as well weekdays from Monday, 19th December to Thursday 22th December.

Book your slot now at discovernorthampton.co.uk/christmas 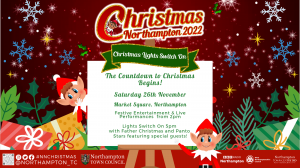 Northampton's Market Square will host the annual Christmas Lights Switch On - join Northampton Town Council on Saturday 26th November for an afternoon of festivities from 2pm as the countdown to Christmas truly begins!

Entertainment from 2pm
Switch On – 5pm

The Christmas line up begins with local musician Hannah Faulkner singing all your festive favourites, followed by Northampton's own world-famous brass band, The Gus Band. The Bespoke Ballroom Dance & Drama Academy by Kristina Rihanoff will then take to the stage, followed by the Northampton Rock Choir making the perfect opportunity for a Christmas sing-along, before Father Christmas makes a very special appearance to switch on the lights at 5pm.

Panto stars including the hilarious Bob Golding, Dame Trott, from the Royal & Derngate's Jack & the Beanstalk will be on stage chatting with our host, BBC Northampton's Daisie Belle.
The full cast of The Deco's Snow White will then perform a tantalising teaser of their Christmas Family Panto starring Britain's Got Talent star Ashleigh Butler and her dog, Sully. "Hiss at the Wicked Queen, laugh at the comic Super Seven and fall in love with the beautiful and innocent Snow White."

Northampton-born singer-songwriter Billy Lockett will be performing his very own Christmas single 'Guiding Star' (Christmas Eve) released via Photo Finish Records. Billy will be on stage for the switch on countdown before ending the celebrations with a fun festive finale!

Plus, a troop of breakdancing elves will be performing throughout the afternoon! 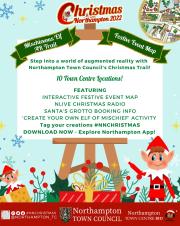 Step into a world of augmented reality as mischievous elves take over the town this Christmas!

(If you already have the app - please update to access new features!)

Santa Claus is coming to town!

Families with children up to the age of 10 will be able to visit Santa's Grotto in Grosvenor Shopping Northampton.

Santa's Grotto will then be open from 10.30am to 4pm every Saturday and Sunday in December prior to Christmas, as well weekdays from Monday, 19th December to Thursday 22th December.

Book your slot now at www.discovernorthampton.co.uk/christmas 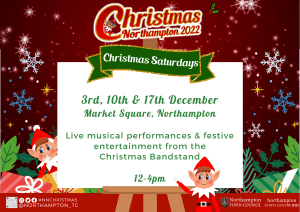 The magic of Christmas will be brought to life on the Market Square every Saturday leading up to the big day.

Join us at the Christmas Bandstand for live festive entertainment including musical performances from local singers, choirs, bands and community groups.

Santa's cheeky elves will be joining us too! Make sure you pay them a visit for their spectacular Christmas balloon modelling!

Tag us in your photos with your Christmas creation - #NNCHRISTMAS 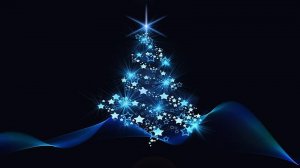 Keep an eye out for Santa's magical 'Good-o-Meter' Elves, they'll be checking whether you've been naughty or nice this year!