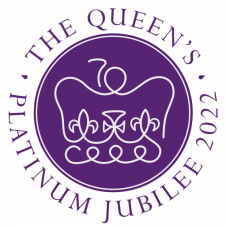 What a busy month June has been! Northampton Town Council has been hard at work this month, with an event taking place within our community every weekend.

The month began with the Queens Platinum Jubilee Celebrations. Northampton Town Council joined in the national celebrations with our Queen's Platinum Jubilee Tea Party, held in the Great Hall of the Guildhall on Sunday 5th June. The event was a celebration of our community's charitable organisations and with entertainment from the William Bryne Quartet and the Starlight Sisters. You can download the souvenir programme from our Platinum Jubilee Tea Party here. We also held a special edition of our Bands in the Park programme with a performance from the Northampton Concert Band. 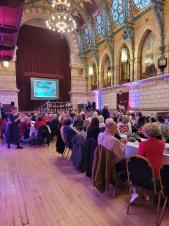 Through our Community Grants Scheme, Northampton Town Council also funded several other events, including Jubilee Event's at Queens Park Working Men's Club, the Rectory Farm Resident's Association, Alliston Gardens Community Centre and the Blackthorn Jubilee Fun Day. The Kingsley branch of Northampton's WI also received funding to for a Jubilee Tree that will be planted in the Autumn.

Richard Lipscombe, President of St George's Consertvative Club said of their event, "The event was a great success and very much enjoyed by all who attended. We distributed 400 fliers around the local neighbourhood and we had a very good attendance. The weather for the day started rather poorly but at almost 2:00pm, dead on cue, the skies cleared and we had no more rain. Plates of food, including 1950's specials such as Spam sandwiches were provided for all visitors and we had many stalls in the garden, including "Name The Teddy" and "Buy A Bottle In A Bag", which could have been anything from washing up liquid to gin. Our resident DJ played music from the last 70 years and the afternoon concluded with a welly wanging competition. This involved throwing a wellington boot filled with water as far as possible. The best technique was to stand with your back to the direction of the aim and throw the welly over your head. We raised over £600 for our chosen charity, which helps disadvantaged youngsters go fishing, an organisation that our late secretary, Mick Dimmock was very involved with.